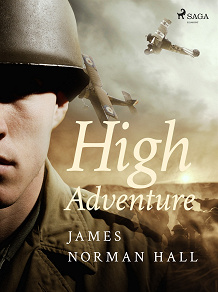 by James Norman Hall
For pilots in the First World War even getting through training was a matter of survival. Ashamed that the US was not yet in the war, American author James Norman Hall volunteered to fly for an American unit that fought for France, and his account was published while he was held captive in a German POW camp. An intersting character, Hall takes us through the terrifying early days of training through the even more terrifying days of being a pilot, making ‘High Adventure’ (1918) one of the best books on the subject. James Norman Hall is best known for writing the Bounty Trilogy with former pilot Charles Nordhoff, the 1935 film adaptation of which starred Clark Gable.


James Norman Hall (1887-1951) was an American author and a World War I pilot. He settled down in Tahiti after the war, and wrote the Bounty Trilogy and other successful adventure novels with fellow pilot Charles Nordhoff.