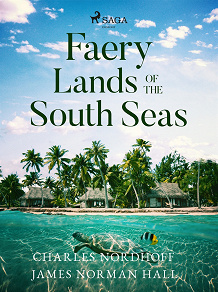 Faery Lands of the South Seas

by James Norman Hall ‚ Charles Nordhoff
Finally returning from the horrors of World War I, James Hall and Charles Nordhoff follow their dream of touring the South Pacific. A fascinating non-fiction account of two americans’ meeting with life in French Polynesia in the late 1910s, "Faery Lands of the South Seas" is classic adventure travel at its best.