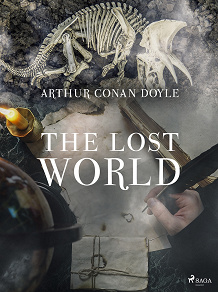 by Arthur Conan Doyle
Wanting to impress a woman, journalist Ned Malone sets out to interview the hostile professor George Challenger, who claims to have discovered living dinosaurs in South America. Though they get off on the wrong foot, Malone and Challenger join a small group of volunteers on an expedition to a secret location where they will soon find out if the controversial professor is telling the truth. They may be biting off more than they can chew, however, as the deadliest enemies of all may not even be prehistoric. Exciting and thought-provoking, this 1912 Arthur Conan Doyle novel tells the story of personal ambition and of believing the unbelievable. An ideal choice for fans of Jurassic Park.

Sir Arthur Conan Doyle (1859-1930) was a British writer, best known for his thrilling stories about the adventures of the detective Sherlock Holmes. He published four novels and more than 50 short stories starring Sherlock Holmes and Dr. Watson. The stories are seen as important milestones in the history of crime fiction.