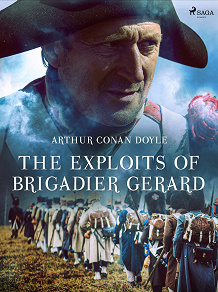 The Exploits of Brigadier Gerard

by Arthur Conan Doyle
Gerard is a downright legend. At least in his own mind. Old and retired, the French brigadier muses over past adventures serving in the Napoleonic wars, and while he certainly should not be called a liar... uuh... he does have a tendency to put his best foot forward. ‘The Exploits of Brigadier Gerard’ (1896) is not a complicated book, yet it will make you reconsider the meaning of hubris and loyalty. Sherlock Holmes author Arthur Conan Doyle writes with sophisticated humour and this book is sure to pick you up if you are down. ‘The Exploits of Brigadier Gerard was turned into a movie in 1970 starring Peter McEnery.


Sir Arthur Conan Doyle (1859-1930) was a British writer, best known for his thrilling stories about the adventures of the detective Sherlock Holmes. He published four novels and more than 50 short stories starring Sherlock Holmes and Dr. Watson. The stories are seen as important milestones in the history of crime fiction.