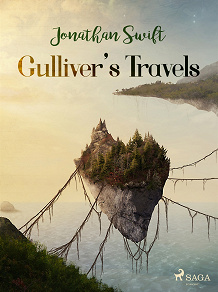 by Jonathan Swift
When Lemuel Gulliver wakes up on an island after a shipwreck, tied on his hands and feet and with arrows pointed at him, you would think all hope is lost. But his captors are the size of a finger, their rope is as thin as thread, and their tiny arrows barely break the surface of his skin. This is not even as absurd as it gets on Gulliver’s travels at sea, but, hilariously, he has no emotional response to any of it. Jonathan Swift’s ‘Gulliver’s Travels’ (1726) is political satire at its best. Published shortly after Daniel Defoe’s ‘Robinson Crusoe’, it offers a very different view on humankind than Defoe’s optimistic account, poking fun and in doing so opening the door for wider discussions.