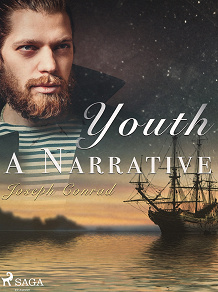 by Joseph Conrad
"I remember my youth and the feeling that will never come back any more—the feeling that I could last for ever, outlast the sea, the earth, and all men."

Over a shared bottle of wine with friends, Charles Marlow tells a tale of being young and sailing from England to India on a doomed ship. Storms, wrecks, fires. It seemed that whatever could go wrong, went wrong, and the ship’s motto "Do or Die" began to ring eerily true.

No one could write adventure stories at sea like Joseph Conrad, whose first-hand accounts brings buckets of authenticity to his writing. ‘Youth, a Narrative’ (1898) is a tragi-comic portrait of a middle-aged man looking back on his youthful self.


Joseph Conrad (1857-1924) was a Polish-born author who left Poland in his teens to avoid enlistment in the Russian Army. He learned English aboard British ships and started writing in the language after settling in England. His most famous novel is ‘Heart of Darkness’ (1899), which was inspired by his experiences on the open sea.