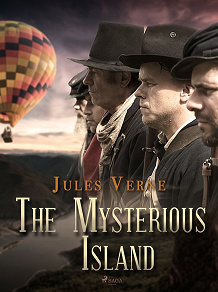 by Jules Verne
"Are we rising again?'
'No. On the contrary.'
'Are we descending?'
'Worse than that, captain! We are falling!"

Five prisoners of war escape in an air balloon during a siege. They are blown way off course and days later they crash on a seemingly deserted island. In time, they manage to make a decent life for themselves on the island, but one day they see a pirate ship in the horizon.

Clearly influenced by ‘Robinson Crusoe’ Jules Verne does a great job of stringing together an intriguing mystery with great plot twists and surprises scattered throughout. ‘The Mysterious Island’ has inspired many movie adaptations, lately with Dwayne Johnson in the leading role.


Jules Verne (1828-1905) was a French novelist who mostly wrote adventure fiction inspired by the scientific advances of the 19th century. With the help of editor Pierre-Jules Hetzel he wrote a series of books called "Extraordinary Travels", which includes "Journey to the Center of the Earth" (1864), "Twenty Thousand Leagues Under the Sea" (1870), and "Around the World in Eighty Days" (1873). Widely popular with both children and adults, Verne is one of the most translated authors of all times, and still inspires people the world over.