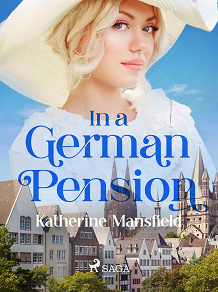 In a German Pension

by Katherine Mansfield
Recovering from a miscarriage and a bad marriage, author Katherine Mansfield, barely 21, wrote these excellent short stories around the time she was staying in a spa town in Germany. With wry humour, she depicts a German upper middle class defined by their rude habits, but she also touches upon the hard life of servants and the oppression of women. The latter distinguishes her writing from that of Jane Austen, but the way in which Mansfield mocks the stiff-upper-lipped ladies and Barons of these stories and zeroes in on character quirks is particularly Jane Austen-like, and just as satisfying as in ‘Pride and Prejudice’.


Katherine Mansfield (1888-1923) was short story writer and poet from New Zealand, who settled in England at the age of 19. Virginia Woolf and D.H. Lawrence were among her literary friends and admirers. She died of tuberculosis at the age of 34.