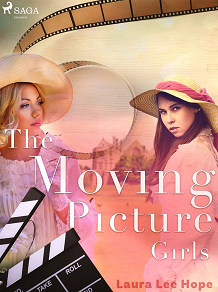 by Laura Lee Hope
The two plucky sisters, Ruth and Alice DeVere, help their quite skeptical dad, a theater actor who's gone and lost his voice, find a new career in the silent film industry in New York City. First published in 1914, "The Moving Picture Girls" is a fun, romantic romp through the early days of a fascinating industry.