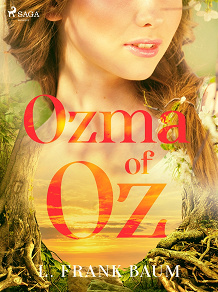 by L. Frank Baum
Good news for those who found themselves missing the original heroine of Oz in the second book because in ‘Ozma of Oz’ (1907), Dorothy is back! Traveling to Australia with her uncle, Dorothy is once again caught up in a natural disaster – a huge storm at sea that separates her from her uncle. She washes ashore in the land of Ev, a fairyland that has recently lost its royal family, and Dorothy is once more entangled in the conflicts of a foreign place. Not everything is new however, as Dorothy unites with old friends and places. Along with the previous novel in the Oz series, ‘Ozma of Oz’ was adapted into a movie, ‘Return to Oz’ in 1985, featuring Fairuza Balk as Dorothy.


L. Frank Baum (1956-1919) was an American author, actor, and filmmaker best known for his children’s books, particularly ‘The Wonderful Wizard of Oz’ (1900) and its thirteen sequels. He started writing young and created a journal with his brother, which they handed out for free.