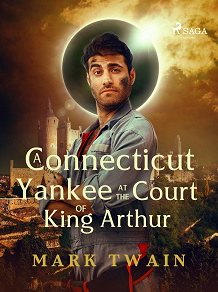 A Connecticut Yankee at the Court of King Arthur

by Mark Twain
Hank Morgan, a mechanic at a gun factory, is knocked unconscious and wakes up in England in the year 528. After he is captured and taken to Camelot, he is put before the knights of King Arthur’s Round Table where he is condemned to death. However, he remembers having read of an eclipse on the day of his execution and he astonishes the court by predicting the phenomenon. Hank is made minister to the ineffectual king and in an effort to bring democratic principles and mechanical knowledge to the kingdom, he strings telephone wire, starts schools, trains mechanics, and teaches journalism. He also falls in love and marries. But Hank is not popular with everyone – will someone find a way to get rid of him and send him back to his own time?