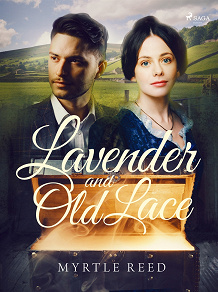 by Myrtle Reed
A young girl from the city, Ruth Thorne, visits her spinster aunt's house in the New England countryside. While exploring the attic, Ruth discovers a chest of mementos from her aunt's romantic past. Journalist Carl Winfield helps her unravel the past, and soon she finds herself reliving the old romance. A sweet Victorian romance novel with a bit of mystery, "Lavender and Old Lace" is Myrtle Reed’s most famous work.