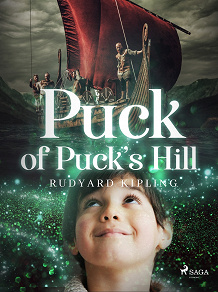 by Rudyard Kipling
In this classic, the titular "Puck of Pook's Hill" magically plucks stories out of history, to the amusement of two children. Vikings, knights, roman soldiers and seafarers turn up in this series of fantasy short stories, set in many different periods in history.

Joseph Rudyard Kipling (1865-1936) was an English author, journalist, poet, and novelist. His most famous work is "The Jungle Book" (1894), inspiring two Disney adaptations; the 1967 animated feature and the 2016 live-action film starring Scarlett Johansson, Bill Murray, and Lupita Nyong’o. In 1941, he became the first English-language writer to be awarded the Nobel Prize in Literature.