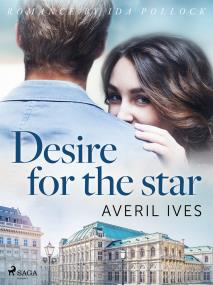 Desire for the Star

by Averil Ives
Perfect for fans of the Bridgerton series by Julia Quinn.

Valerie was once saved from a life in a wheelchair by the charming Dr. Axel Anton. Years later, when looking after his young niece in Vienna, Valerie comes across the doctor again. Her long-standing affections towards him are soon rekindled, but their budding romance, though steamy and exciting, sets off some dramatic turns. What makes matters more complicated is that the doctor's brother, Rudi, is the one who has proposed to Valerie. Do Valerie and the doctor stand a chance? A vintage romance novel by one of Ida Pollock’s pseudonyms, Averil Ives.

Averil Ives is a pseudonym of Ida Pollock (1908 – 2013), a highly successful British writer of over 125 romance novels translated into numerous languages and published across the world. Ida Pollock has sold millions of copies over her 90-year career.