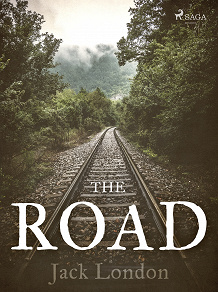 by Jack London
"The Road" is an autobiographical memoir recounting London’s time as a vagabond in America in the 1890’s during the worst economic depression the nation had ever seen.

It is a wild ride providing a window in to a life many of us will never have experienced. In this journey we are hopping trains, outsmarting the police, going to prison, joining Coxey’s ragtag ‘army’ and marching on Washington, and that’s just a fraction of it. This book will leave you breathless as you follow along on a truly incredible journey, experiencing a foundational part in the life of one of America’s literary icons.

This is one train ride you’ll be happy you bought a ticket for.

Jack London (1876–1916) was a pioneer, novelist, journalist and social activist. London was one of the first American authors to become an international celebrity thanks to his pioneering work in commercial fiction and magazines. Additionally he is accredited as a major innovator in the genre we now know as science fiction. Growing up in a working class background and spending several years homeless, he was a passionate fighter for workers’ rights, socialism, unionisation and animal rights. He would go on to be one of the highest paid authors in America thanks to his classics such as ‘Call of the Wild’, ‘White fang’ and ‘Sea Wolf’.