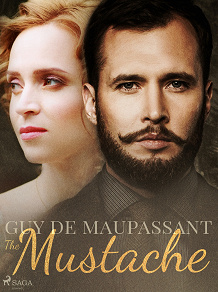 by Guy de Maupassant
When Jeanne’s husband shaves off his mustache, she sees it as a vile, rebellious act committed specifically to upset her, and becomes impatient to embark on a journey of praising its virtues. Eroticism and sexual descriptions make this single epistolary conversation between the two women into an intriguing, humorous piece of art. Maupassant's distinctive voice shines throughout this short story, and it raises an important question - are mustaches more interesting than most people?

Guy de Maupassant (1850-1893) was a French writer. Famed for being a master of the short story, he also wrote travel books and occasionally dabbled in poetry. His stories mainly focus on the relationships between men and women sitting at crossroads in their lives - whether personal or professional. His dramatic flair is largely influenced by French novelist Gustave Flaubert and is perfect for fans of Anton Chekhov's short stories. The most notable of the 300 short stories that he wrote include 'Bel Ami', 'Une Vie', and 'The Dumpling'.