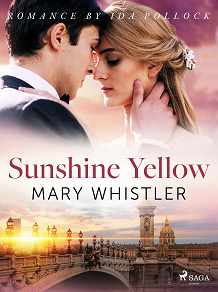 by Mary Whistler
When Penny was orphaned her aunt Heloise and her beautiful cousin Veronica became her family. Compared to Penny, Veronica had it all: beauty, social connections, and above all, the lovely Stephen for a fiancé. When Veronica decides, at the last minute, that she will not marry Stephen after all, Stephen’s attention turns to Penny. Finally, Penny gets the wonderful husband she always dreamed of. Yet everything is threatened when Veronica steps back into their lives. Can Penny hold on to her new-found happiness? The gripping love tale dating back to the 20th century is written by Mary Whistler, a pseudonym of the romance writer Ida Pollock.

Mary Whistler is a pseudonym of Ida Pollock (1908 – 2013), a highly successful British writer of over 125 romance novels translated into numerous languages and published across the world. Ida Pollock has sold millions of copies over her 90-year career.