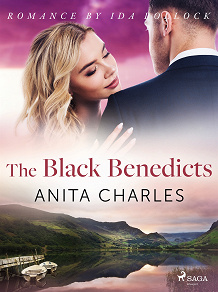 by Anita Charles
When Mallory become the governess of Raife Benedict’s niece, she sets off for the beautiful Morven Grance, Raife’s house on the Welsh borderland. Her life becomes inextricably linked with the Black Benedicts, all of them as intriguing as they look. Yet none of them has quite the effect on her as her distant, yet alluring employer. It does not help that he does not seem the least bit interested in Mallory, a plain governess. The story set in romantic Welsh landscapes dates back to the 20th century and was written by Anita Charles, a pseudonym of the English romance writer Ida Pollock.

Anita Charles is a pseudonym of Ida Pollock (1908 – 2013), a highly successful British writer of over 125 romance novels translated into numerous languages and published across the world. Ida Pollock has sold millions of copies over her 90-year career.