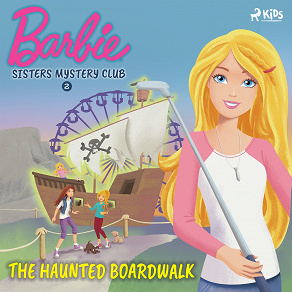 by Mattel
Barbie, her sisters and all of their puppies are out for an evening stroll on the boardwalk. They decide to go visit Barbie’s friend Nikki, who works at a pirate themed mini-golf place called Crossbones. The evening takes a spooky turn when Nikki reveals that she thinks Crossbones is haunted!

Luckily, no secret is safe from the super sleuthing sisters! Another major mystery for The Sisters Mystery Club.