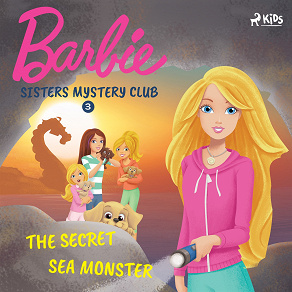 by Mattel
It is a misty day at the beach, and Barbie’s friends Teresa and Nikki are out having fun, while Barbie is at home helping her younger sister with a pesky bike chain. They decide to race each other, but the competition comes to a halt when they suddenly spot a mysterious, dragon-like figure in the water. What could this be?

Better call the Sisters Mystery Club and their loyal puppies! No secret is safe from the super sleuthing sisters.