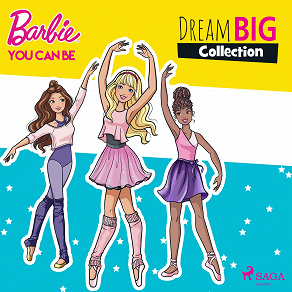 Barbie - You Can Be - Dream Big Collection

by Mattel
What do you dream of becoming?

Join Barbie as she explores everything from being a professional horserider, a ballerina and an iceskater! As always, with a little help from her friends.

You too can be anything, so dream big!