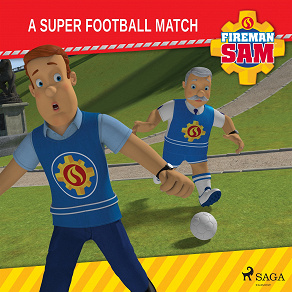 by Mattel
In Pontypandy the town is preparing for the sports event of the year – the annual football match between the firefighters and the bus drivers! No one is more excited than young Norman, though he had forgotten that he promised to help Rosalia with her pizza stand at the stadium and will miss the match. Whilst the game gets underway, Norman has all kinds of problems in the kitchen, but luckily Sam, Elvis and Penny are all nearby to lend a hand!