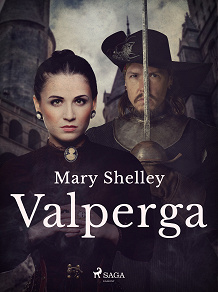 by Mary Shelley
Castruccio’s armies surround the fortress of Valperga governed by Countess Euthanasia - his childhood friend and the woman he loves. Forced to choose between her Guelph people and a lifelong love for Castruccio, Euthanasia must make an impossible choice.

‘Valperga’ (1823) is a historical adventure novel written by Mary Shelley, the author of ‘Frankenstein’. It follows the exploits of fourteenth-century tyrant Castruccio Castracani, a real-life historical figure, who conquered Florence and became the Lord of Lucca.

Evoking the beauty of the Italian landscape, ‘Valperga’ is a tale of politics, love and betrayal in medieval Italy.