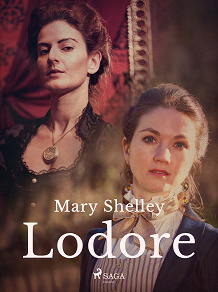 by Mary Shelley
Challenged to a duel, Lord Lodore must make a life-changing decision, one that will split his family in two.

His daughter Ethel, raised to depend on her father, and Cornelia, Lodore’s estranged wife, must leave behind all they ever knew to survive.

Mary Shelley’s dramatic novel ‘Lodore’ (1835), tells the story of Ethel and Cornelia’s long road to reconciliation. One that takes them to Niagara Falls, Italy, England and the brink of destitution.

The book portrays the education and social role of women in Victorian society. Also published under the title ‘The Beautiful Widow’, it is Shelley’s penultimate novel.