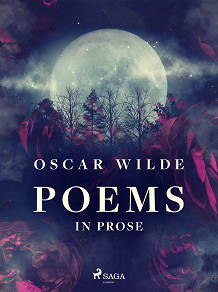 by Oscar Wilde
A masterclass in the manipulation of the English language ‘Poems in Prose’ is a collection of six poems, from the pen of one of the world’s most celebrated writers. Delving into themes such as art, Christianity, vanity, sin, and love, Wilde flexes his literary muscles to create six works of enduring beauty and profound insight. The only poems published during his lifetime, this is a superb collection for those who want to see behind the wit that Wilde often used to protect himself.


Oscar Wilde (1854 – 1900) was an Irish novelist, poet, playwright, and wit. He was an advocate of the Aesthetic movement, which extolled the virtues of art for the sake of art. During his career, Wilde wrote nine plays, including ‘The Importance of Being Earnest,’ ‘Lady Windermere’s Fan,’ and ‘A Woman of No Importance,’ many of which are still performed today. His only novel, ‘The Picture of Dorian Gray’ was adapted for the silver screen, in the film, ‘Dorian Gray,’ starring Ben Barnes and Colin Firth. In addition, Wilde wrote 43 poems, and seven essays. His life was the subject of a film, starring Stephen Fry.