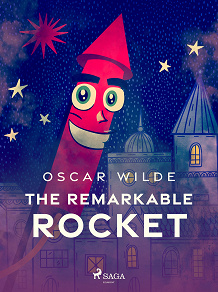 by Oscar Wilde
‘The Remarkable Rocket’ is a morality tale, cloaked in fairy-tale magic. It focuses on a firework, who is too full of himself for his own good. His bravado and boasts are put to the test, as the wedding ceremony he’s due to perform at draws nearer. Even the presence of another, possibly more arrogant, character doesn’t seem to make a dent in his vanity. ‘The Remarkable Rocket’ is beautifully-written tale, leaving the reader in no doubt as to the message the author is putting across. Perfect for children and the young at heart.