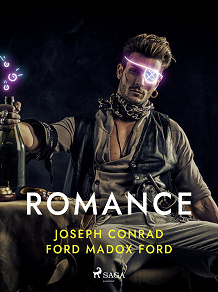 by Joseph Conrad
'Romance' is the second piece in a collaborative series by Conrad and Ford, this tale takes the shape of an adventure story. The narrator finds himself entangled in all kinds of tribulations involving pirates, love, lucky breaks and not so lucky ones, and suspenseful confrontations with villains, all leading up to a breathtaking finale.

Reminiscent of the adventures in Stevenson’s 'Treasure Island' and its epic landscapes, which was also the inspiration behind the action-packed movie 'Pirates of the Caribbean' starring Johnny Depp and Orlando Bloom.

Joseph Conrad (1857-1924) was a Polish-born author who left Poland in his teens to avoid enlistment in the Russian Army. He learned English aboard British ships and started writing in the language after settling in the UK. His most famous novel is ‘Heart of Darkness’ (1899), which was inspired by his experiences on the open sea.