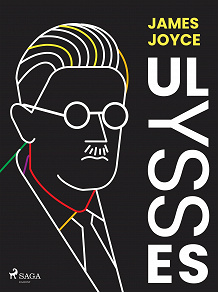 by James Joyce
On 16 June 1904 Leopold Bloom wanders the streets of Dublin aimlessly as his wife Molly stays at home sleeping with other men.

Leopold Bloom is the Odyssey of the 20th century, but unlike Homer's ancient warrior hero, Bloom is a modern anti-hero that you can't help feeling for.

Ulysses has been turned into a film called The Ulysses Project which was filmed entirely during the Covid-19 lockdown. Stars include Aidan Gillen, John Turturro and Patrick Bergin.

James Joyce (1882-1941) was an Irish writer and one of the most important representatives of literary modernism. He studied literature and languages in his hometown of Dublin and began his writing career with short stories.

After the outbreak of the First World War, he moved with his family from Trieste to Zurich. His best-known works include 'Dubliner', 'Ulysses' and 'Finnegans Wake'.