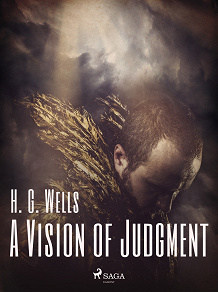 A Vision of Judgment

by H. G. Wells
A man is awoken in his grave by the sound of trumpets on judgment day.

As the first souls come before God and Archangel Gabriel for the last judgment, the man soon discovers that judgement day is not quite how he imagined. God and Archangel Gabriel laugh at saints and sinners alike until they are so embarrassed that they flee 'up the sleeve of God' where they are enlightened, given new bodies and a second chance. When God shakes them from his sleeve they land on a foreign planet and humanity is instructed to 'try again' with their newfound understanding.

This science-fiction fantasy take on a religious parable is written by the author of the science fiction classic 'The War of the Worlds', H.G. Wells. 'A Vision of Judgment' is a satirical short story that could easily be a precursor to comedy-drama 'The Good Place' or animated film 'Soul'.

H.G. Wells (1866 – 1946) was a prolific writer and the author of more than 50 novels. In addition, we wrote more than 60 short stories, alongside various scientific papers. Many of his most famous works have been adapted for film and television, including ‘The Time Machine,’ starring Guy Pearce, ‘War of the Worlds,’ starring Tom Cruise, and ‘The Invisible Man,’ starring Elizabeth Moss. Because of his various works exploring futuristic themes, Wells is regarded as one of the ‘Fathers of Science Fiction.’