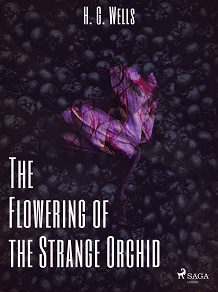 The Flowering of the Strange Orchid

by H. G. Wells
Throughout history, mankind has sought to harness the power of nature, solve its mysteries and use it for their own advantage. Time and time again, it is shown that mother nature cannot be overpowered, and yet time and time again mankind fails to heed repeated warnings.
When Winter Wedderburn seeks to explore new species of orchid he makes a startling discovery about the power of mother nature. Alluring and beautiful, he cannot resist studying the unknown species, oblivious to the fate that met its discoverer.
This short story by H. G. Wells tells us a lot about Victorian scientific discoveries such as those by Charles Darwin, and the excitement and mystique surrounding new and exotic creatures and plants.

H. G. Wells (1866-1946) was a writer most well-known for science fiction titles such as 'War of the Worlds' and 'The Time Machine.' In many ways he is often considered to be a pioneer in the science fiction genre, though he also wrote short fiction, satire, social commentaries, biography and autobiography. He was nominated for the Nobel Prize in Literature on four occasions. In addition to writing, he was a teacher, historian and artist.