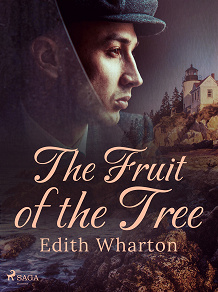 The Fruit of the Tree

by Edith Wharton
Considered wildly controversial at the time of its release, ‘The Fruit of the Tree’ is a departure from the norm for Edith Wharton. While her trademark eye for social detail and psychological insights are present and correct, this novel deals with more melancholic themes, such as divorce, addiction, euthanasia, poor working conditions, and extravagance. It follows the story of George Amhurst, the assistant manager of a textile mill in New England. While his heart might be in the right place, when he marries the widow of a mill owner, he might be forced to compromise in his ideals. A striking book from the pen that wrote ‘The Age of Innocence,’ which became a film, starring Michelle Pfeiffer and Daniel Day-Lewis.

Edith Wharton (1862 – 1937) was an American designer and novelist. Born in an era when the highest ambition a woman could aspire to was a good marriage, Wharton went on to become one of America’s most celebrated authors. During her career, she wrote over 40 books, using her wealthy upbringing to bring authenticity and detail to stories about the upper classes. She moved to France in 1923, where she continued to write until her death.