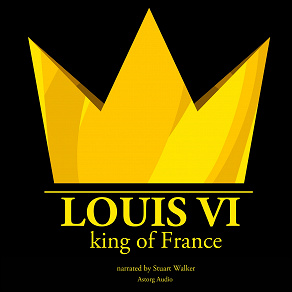 by J. M. Gardner
Louis VI was a warrior king, but at the end of his reign, his weight had become so great that it had become difficult for him to lead in the field - hence his nickname 'The Fat'. He was a strong and competent ruler, who managed to considerably reinforce his power in the kingdom, and largely contributed to the subsequent centralization of authority in France. Learn about his soar to power, his struggles with the 'robber barons', and his successes in alliances and coalitions.